McKinney Municipal Utility District No. 2 of Collin County (the District) is a political subdivision of the State of Texas, within Collin County, Texas. The District is also located entirely within the City of McKinney’s extraterritorial jurisdiction and is about five (5) miles north of McKinney near the intersection of US 75 and Laud Howell Parkway.

The District supports a portion of a master-planned community known as “Trinity Falls”.

The District’s primary activities include the construction of water, sewer, drainage, fire protection facilities, and road improvements within the boundaries of the District. The District conveys the water, sewer and certain drainage facilities to the City of McKinney upon completion of construction.

The District is divided into 5 Precincts and is governed by five board members (one from each Precinct), serving staggered four-year terms. The Board generally meets on the first Wednesday of even months (February, April, June, August, October, and December) to manage and conduct the business of the District. The Board welcomes and encourages District residents to attend. 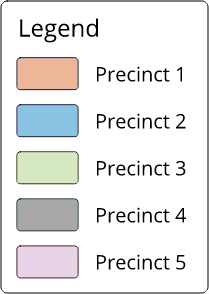 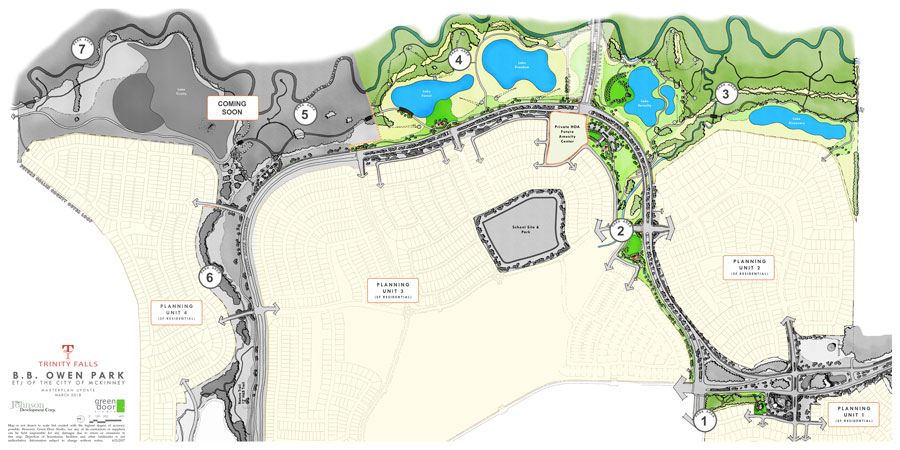 General Meeting Information:
The Board typically holds regular meetings at 2:00 p.m. on the third Tuesday of each month at:
McKinney Fire Station 10
1150 Olympic Crossing
McKinney, TX 75069

For persons with questions or needing help regarding website accessibility, or to request the provided information in alternative formats, please call (713) 850-9000.